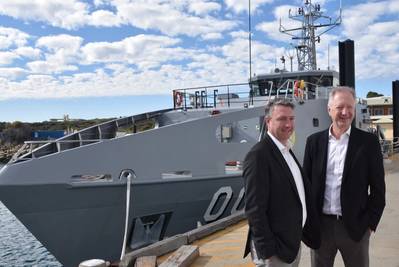 Gregg was appointed as COO 3.5 years ago with a view to him being a natural successor for the CEO role in the future, said John Rothwell, Chairman of Austal Limited. Since Gregg's appointment Austal has set up operations in Vietnam, expanded its operations in the Philippines and won a new Cape class contract with the Australian Government.

“Our shipyards in Australia, the Philippines, Vietnam and China are working incredibly efficiently while producing quality defense and commercial vessels,” Rothwell said.

“That is a reflection of Paddy’s drive, commitment and ability to engender similar characteristics from his employees. Those skills and personal qualities made him an ideal choice to take over from David at the end of the year.

“Paddy already possesses a good working relationship with Austal USA President Craig Perciavalle and I have no doubt that will continue.

“I would also like to thank David for his contribution to Austal over almost five years as CEO, and before that as a Non-Executive Director, and wish him all the best for the future.”

Singleton, who will have completed nine years as a Director including five years as CEO when he completes his term with Austal at the end of this calendar year, said the time was right to step aside and look for new opportunities. He will receive statutory and other entitlements under his contract upon leaving Austal. 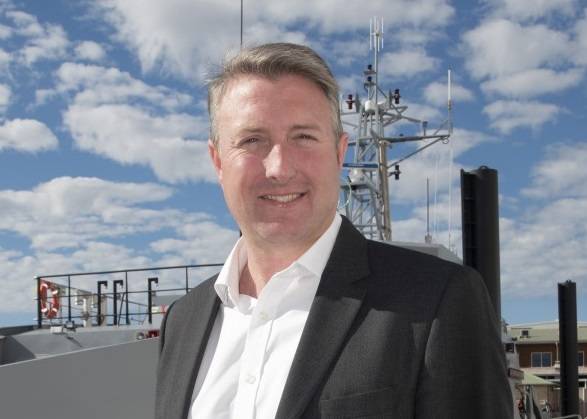 Meet Austal's Next CEO: Patrick Gregg
As COO of Austal since 2017, Gregg has been responsible for major strategic investment in Austal’s shipbuilding facilities in the Philippines and establishing the new operational shipyard in Vietnam.

Prior to joining Austal, he most notably served in several senior project manager roles at defense giant BAE Systems over a period of 11 years. While at BAE Systems, he oversaw the development and delivery of the second of class Hunter killer nuclear submarine build project worth around £1 billion and was a key project manager in a strategic initiative that reduced overhead costs at the company by 31%, which was 11% over the original target.

He has also held senior project management roles at Network Rail, which is the owner and infrastructure manager of most of the railway network in Great Britain.

Gregg holds a Master’s of Mechanical and Automotive Engineering (Hons.) from the University of Newcastle-upon-Tyne and a Masters of Business Administration from Warwick Business School.