The vessel is due to be delivered by the end of 2020 as part of an A$190 million contract with Fred. Olsen Express for two 118 metre trimarans, which was awarded to Austal in October 2017.

A metal cutting ceremony for the future “Bañaderos Express” was held in the Philippines shipyard, where the official names for the new vessels were officially announced by Fred. Olsen Express.

The next generation designs for the Bañaderos Express, and its sister ship, the Bajamar Express, were developed at Austal’s centre for excellence in maritime design in Henderson, Western Australia.

“These vessels developed for Fred. Olsen are among the most sophisticated and technologically advanced that Austal has developed,” Austal CEO David Singleton said.

“The Austal-designed and built 127 metre trimaran, the Benchijigua Express, has become the benchmark for blue-water commercial ferry operations since it entered service in 2005, exceeding expectations for performance, speed and customer experience in the Canary Islands. These new 118 metre trimaran vessels will continue to be a game-changer in the international high-speed ferry market when these vessels enter service for Fred. Olsen.

“In particular, the unique trimaran hull design and the stability that design provides, delivers a more comfortable ride for passengers, crew and cargo while maintaining the carrying capacity of a traditional catamaran in the challenging sea conditions in the Atlantic.”

“This year, our route between Gran Canaria and Tenerife islands reaches 25 years in operation,” Mr Liaño said. “In honour of this anniversary, the new trimarans will be named after the original vessels of the line, the famous “Bajamar” and “Bañaderos”, with the addition of "Express".

“The Cutting Metal Ceremony of the “Bañaderos Express”, the second new generation trimaran for Fred. Olsen Express, which we all are celebrating today, is one small step for all of us, but one giant leap for our customers.” 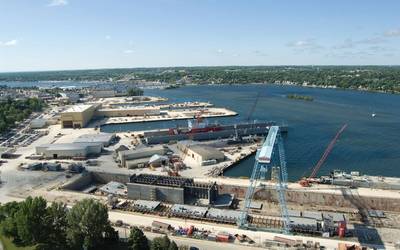 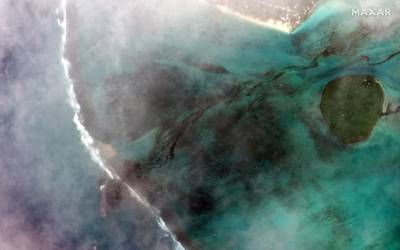