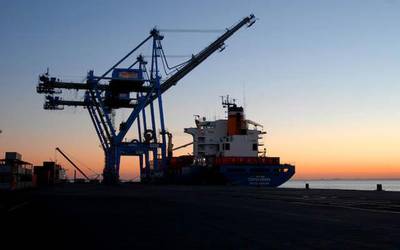 A tropical cyclone intensifying off northwestern Australia was on course to sweep across some of the world's largest iron ore mines after causing giant shipping ports to close. Vale declared 'force majeur' and iron ore prices rose world-wide, reports Reuters.

Shipments of millions of tonnes of iron ore were suspended from the west Australian ports of Port Hedland, Dampier and Cape Lambert ahead of Cyclone Christine, a category three tropical storm, making landfall.

Cyclones typically cause disruptions to mining operations of between two and five days, initially closing ports and then hitting inland mines with heavy rainfall and sometimes flooding.