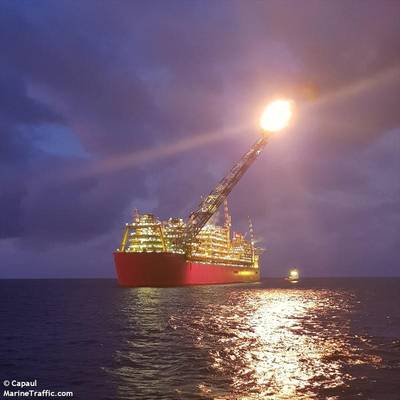 Shell said on Friday it had loaded and shipped a cargo of liquefied natural gas (LNG) this week at its Prelude floating LNG facilityafter workers scaled-down industrial action at the site off northwestern Australia.

The oil and gas giant slowed output at the 3.6-million tonne per year facility last week during a series of work stoppages by unions fighting for better pay and had warned that shipments would be disrupted for at least two weeks.

When operating normally, Prelude typically loads a tanker every seven to 10 days.

"We did get a cargo out," a Shell spokesperson said, adding that although union-imposed 'work bans' continue, the level of such stoppages has eased.

Work bans include periodic halts on certain tasks, such as directing landings or departures of helicopters, refueling of helicopters, or handling tandem moorings of tankers.

Results from a three-day vote on a new enterprise agreement offer from Shell are due on Monday.