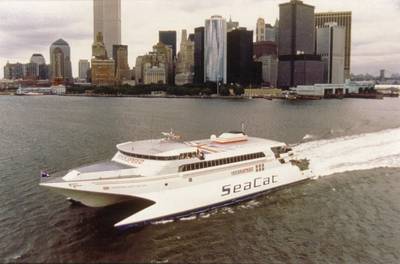 Thirty years ago, a ship built in Hobart by Incat Tasmania challenged for the Hales Trophy which recognizes the fastest commercial passenger ship to cross the Atlantic Ocean. The 74-meter Hoverspeed Great Britain left New York on her Transatlantic Challenge voyage arriving in at Bishop Rock on England’s south coast on June 23, 1990. The crossing achieved in 3 days, 7 hours and 54 minutes.

The previous record had held for 38 years, the USS United States having taken it out in 1952 after a long list of Transatlantic Challenges by the great passenger liners over the previous century. Two Incat-built ships have since shaved time off the 1990 Transatlantic record, 91-meter Catalonia in June 1998, and another Incat 91-meter Catlink V in July 1998, the 2 day 20 hours and 9 minute record set by the Danish Catlink V still held today. It is the first time in the history of Transatlantic records (dating back to the 1860s) that three ships to win the trophy in succession had been built by the same shipyard.

This year marks 30 years since the record was broken by Hoverspeed Great Britain. Although that record has been broken twice, each time it has been by an Incat built ship. There has not been a challenge to Catlink V’s 1998 record breaking speed. 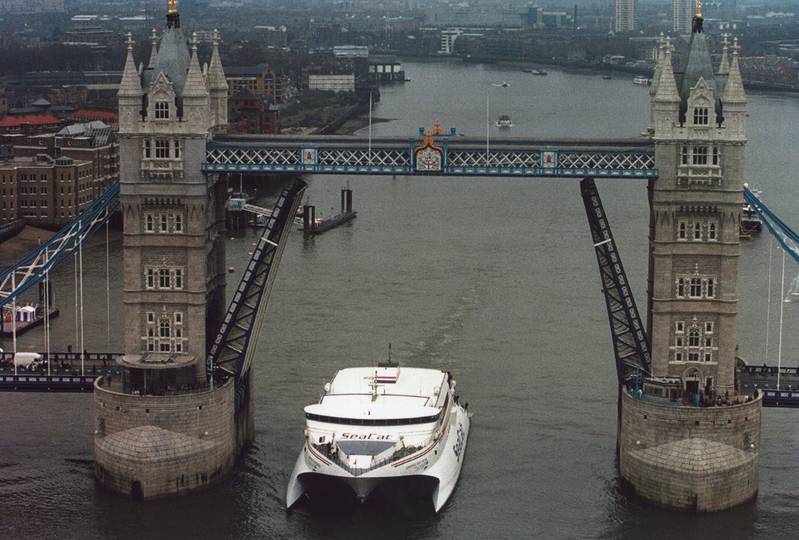 Although the records commenced in the 1860s the Hales Trophy was created and first awarded in 1935. The original 1-meter-high gilded Hales Trophy is on display in Denmark, however a full replica made in 1990 is on display at Incat Tasmania’s shipyard in Hobart.

The Hales Trophy is awarded to "The ship which shall for the time being, have crossed the Atlantic Ocean at the highest average speed". So it is not simply a matter of reaching the highest speed momentarily, the right to fly the Blue Riband is a test of endurance as well as speed, the voyage must be without refueling. High speed needs to be maintained over the entire crossing, although a ship will naturally be travelling slower at the beginning with a full fuel load and become much faster toward the end of the journey as the heavy fuel load is expended.

The record-breaking Incat ships were fast due to lightweight aluminum construction utilizing revolutionary wavepiercing technology with the advantages of low-buoyancy, long and slender hulls in catamaran form. While a long narrow hull will slice through waves rather than ride over them, in large sea conditions they tend to deck dive. The Incat wavepiercer lessens this by including a center bow, normally clear of the water, which increases buoyancy during these events thus preventing serious nose-diving at high speed or in high seas.

The Catlink V is still in service 22 years after breaking the Transatlantic record. Bearing the name FjordCat the ship is operated between Denmark and Norway by ferry company Fjordline. Hoverspeed Great Britain is now owned by Greek ferry company SeaJets bearing the livery Seaspeed Jet. The former Catalonia, now SuperExpress is also operating in Greece.

Incat is currently building ferries for clients in Europe and Korea, and is close to completion of a 100-meter-long ferry for the covernment of Trinidad and Tobago. The ship Bucco Reef will have capacity for 1,000 passengers and 239 cars. 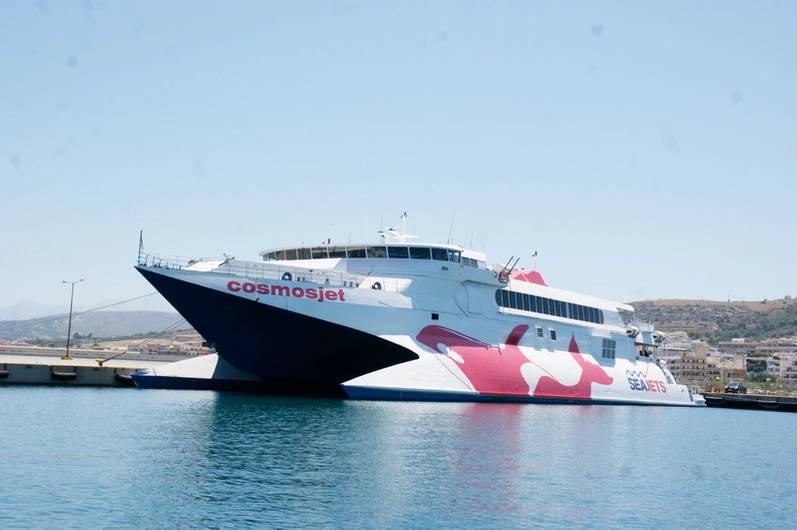