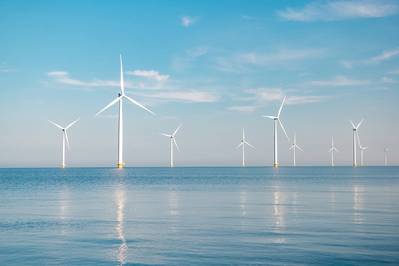 BOEM, an agency within the Department of the Interior, manages U.S. offshore energy resources.

As Chief of BOEM's OREP, Baker will oversee the development of renewable energy resources on the Outer Continental Shelf through planning, stakeholder engagement, environmental analysis and technical review.

“We’re very excited to add Ms. Baker to our team at such a pivotal time in offshore wind development,” said BOEM Director Amanda Lefton. “I know she will bring her demonstrated commitment to excellence and extensive leadership experience to our renewable energy program as we work toward achieving the Administration’s goal of 30 gigawatts of offshore wind by 2030.”

Baker said, “We will be focused on achieving the Administration’s goal in a way that protects our environment, fosters economic growth and respects the concerns of tribes and impacted communities.”

Over the past year, the Biden-Harris administration has launched the American offshore wind industry by approving and celebrating the groundbreaking of the nation’s first two commercial-scale, offshore wind projects in federal waters. By 2025, BOEM plans to potentially hold up to five additional offshore lease sales and complete the review of at least 16 plans to construct and operate commercial, offshore wind energy facilities, which would represent more than 22 gigawatts of clean energy for the nation.

Baker comes to BOEM from the U.S. Army Corps of Engineers where she served as the regional program’s director for the North Atlantic Division. With more than 25 years combined private industry and Department of Defense civilian experience, Baker has served in a variety of leadership positions in strategic planning, energy and environmental policy and public affairs.