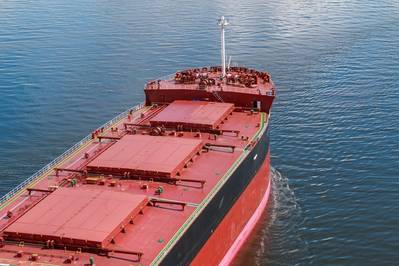 The Baltic exchange's main sea freight index slipped for the 10th straight session on Tuesday, pressured by a decline in capesize rates.

Average daily earnings for capesizes, which typically transport 150,000-tonne cargoes of coal and steel-making ingredient iron ore, declined by $613 to $19,845.

Benchmark Dalian iron ore futures hit a one-week low, as a slide in steel prices in China spurred by signs of slowing demand, dragged down the raw material.