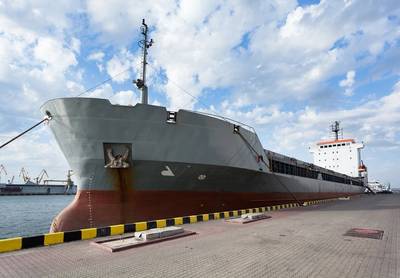 The Baltic Exchange's main sea freight index fell to its lowest level since April last year on Monday, dragged by falling rates across the capesize and panamax segments.

The Baltic index, which tracks rates for capesize, panamax and supramax vessels ferrying dry bulk commodities, dropped 25 points, or 3.3%, to 729.

The index registered its 27th straight session of losses, and also its largest daily percentage loss since early April.

(Reporting by Anjishnu Mondal in Bengaluru; Editing by Anil D'Silva)