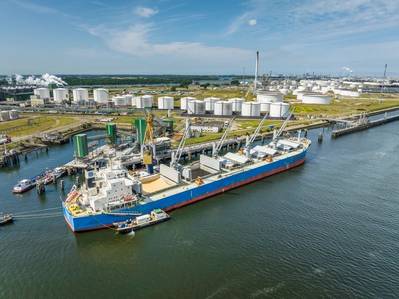 The overall index, which factors in rates for capesize, panamax and supramax shipping vessels, was down 38 points, or about 4.7%, at 763 — its lowest in over two-and-a-half years.

Average daily earnings for capesizes, which typically transport 150,000-tonne cargoes such as iron ore and coal, were down $875 at $6,529.

The panamax index .BPNI was down 11 points at 1,060. The index was down about 0.8% for the week, marking its fifth straight weekly fall.

Among smaller vessels, the supramax index fell 2 points to 652, its lowest since mid-June 2020.