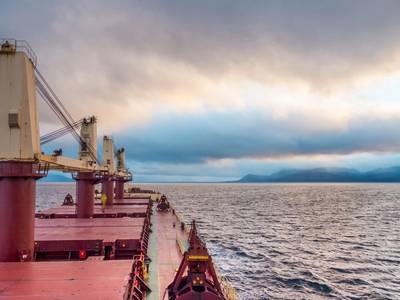 The overall index, which factors in rates for capesize, panamax, and supramax shipping vessels, was up 28 points, or 1.6%, at 1,788 points.

BHP Group Ltd, the world's largest listed miner, lifted its long-term demand forecast for steel. BHP Group is one of the world's biggest producers of iron ore, the most important ingredient in making steel.

The panamax index was flat at 2,082 points, following a four-session winning streak.

Ukraine's grain exports fell by 23.6% year on year in September to 4.278 million tonnes, but reached the highest level since the Russian invasion, agriculture ministry data showed.

Meanwhile, Russia may start providing trade finance to importers of its grain as sanctions imposed on Moscow since it sent troops to Ukraine affect this financial instrument, Agriculture Minister Dmitry Patrushev said.

Among smaller vessels, the supramax index was unchanged at 1,663 points.