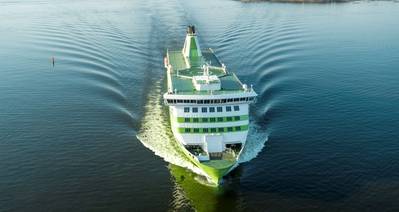 Estonia and Latvia will send ships to bring back hundreds of their citizens stranded on the border between Germany and Poland, following Warsaw’s decision last week to shut its borders in response to the coronavirus outbreak, officials said.

The three Baltic countries - Lithuania, Latvia and Estonia - have criticized Poland for preventing their citizens in transit from returning home.

Poland’s Prime Minister Mateusz Morawiecki came under fire over the move during a coronavirus videocall of all 27 national EU leaders on Tuesday during which they agreed to seal off Europe’s external borders as part attempts to slow the spread of the virus that has killed nearly 7,500 people worldwide.

“It is absolutely necessary that something happens but I am positive that there will be movement and positive change in the next few days,” von der Leyen said.

The Polish foreign ministry did not respond to requests for comment.

While introducing border controls is allowed under the rules of the European Union’s free-movement Schengen zone, EU members must accept their own citizens returning home and ensure transit for other EU nationals seeking to go back to their homeland.

Lithuania estimates around 420 vehicles with Lithuanian number plates were stuck on the German-Polish border on Monday, and some people protested by blockading roads leading to Poland, the country’s foreign affairs ministry spokesman said.

Estonia’s government said it had agreed with ferry company Tallink to arrange a cruise ship to collect people from Sassnitz harbor in Germany late on Wednesday.

On Tuesday, Poland agreed to let buses and vans from Lithuania, Latvia and Estonia pass through its territory in five “convoys” of about 20 cars each, stopping only at designated gas stations, Lithuania said.

Poland provided five small ferries to transport cars directly to the Lithuanian port of Klaipeda, and Lithuania booked a train to return people from Germany through Poland without stopping, Lithuania said.

Lithuanian Prime Minister Saulius Skvernelis told reporters on Tuesday that Polish authorities had assured him they will keep letting vans and buses pass in regulated convoys, but cars must use ferries.

Swedish company Stena line will run a ferry from Travemünde to Liepaja in Latvia late on Wednesday evening and a couple of additional trips on Monday and Tuesday next week.