Port of Barcelona Looks to Panama, Cuba for Growth 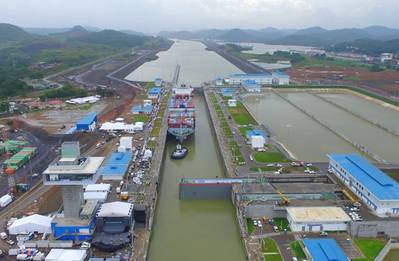 Panama and Cuba, both in the midst of growth and international expansion, are examples of two different economic models that are helping to attract foreign companies through government initiatives providing investor security.
Seeking to generate business opportunities and strengthen corporate and institutional ties between the Cuban and Panamanian logistics communities, the Port of Barcelona said it has planned a multi-sector trade mission to Panama City and Havana from November 19 to 25.
Panama, a business center and a logistics hub
Panama, whose capital hosts a regional business center, now has one of the regions' highest growth forecasts. It offers foreign companies, including importers, exporters and investors, a stable economic and legal framework as well as institutional and private services aimed at economic development. In addition, its tax-free zones have special arrangements to help foreign companies and multinationals to set up in its territory.
Making full use of its privileged geographical location, the country is undertaking significant infrastructure investments to position itself as Central America's main logistics hub. The opening of the Panama Canal expansion on June 26 has put the country back on the international trade map. Today the canal is again the main link between the Atlantic and the Pacific, facilitating the passage of post-Panamax containerships sailing the main intercontinental routes. But the canal expansion also boosts Panama's role as a logistics hub for traffic between the two main trade areas of the Caribbean (covering Central, North and South America) and the U.S. East Coast.
Around this important infrastructure, the Panamanian State is implementing an Interoceanic Area Master Plan covering a total of 50,000 hectares that includes two new container terminals on the Atlantic (Panama Colon Container Terminal) and Pacific coast (Corozal Container Terminal) in addition to the 15 state ports and 16 private terminals already up and running; new terminals for ro-ro and liquefied natural gas traffic; a logistics park covering 1,200 hectares; a network of 19 Tax-free Zones and three Special Economic Zones; developing refrigerated logistics centers; and various infrastructures serving ships and the maritime industry.
The country also has four major airports, the most important of which is Tocumén International Airport, which today is the leading Central American airport for passenger traffic. The expansion of this airport, which includes 325 hectares of logistics area, will help position Panama as a regional leader in air cargo.
Panama is also making significant investments in its internal communications network (motorways, bridges, railways and underground railway) and is strongly fostering other strategic sectors such as trade and tourism to complement the country's growth.
Cuba seeks foreign investment
Cuba's economic model is immersed in a process of change. Reforms to foster foreign investment have materialized in the form of a more secure legal framework facilitating operations for international entrepreneurs. A highlight: the new 2014 Foreign Investment Act and Mariel Special Development Area, reforms to boost the competitiveness and productivity of the local economy.
The country is also starting to thaw its relations with Europe, and especially with the U.S., which could help boost its regional role. Located in the heart of the Caribbean, the island has a network of 17 ports that act as the gateway to the east coast of North America and throughout the Caribbean.
Last year the Cuban State published the so-called Opportunities Portfolio listing the priority sectors in the country, which offer great business opportunities and optimal conditions for foreign investment. To handle the growth in tourist numbers expected over the coming years, mainly from the U.S. and Canada, the State is promoting investment in the agriculture and food sectors; construction, infrastructure and transport; ICT; and energy and waste management.
The government is also developing the Mariel Special Development Area, providing 465.4 km2 for companies to set up, and today it is one of the most ambitious economic development projects in Latin America. One key initiative of the Cuban government is the conversion of Havana Bay. The project (which aims to open up old industrial and port areas to the public, transforming them into a large leisure, culture and tourist area similar to the model of Barcelona's Port Vell) offers many business opportunities for investors.
Business mission
The Port of Barcelona, which acts as a foreign trade facilitator for companies, is capitalizing on the model of its 17 previous missions and this year is organizing the multi-sector trade mission to Panama and Cuba. The mission, organized in collaboration with ACCIO, the General Council of Chambers of Catalonia and Fomento del Trabajo Nacional, aims to strengthen business and institutional ties between the two Caribbean countries and Catalonia and to generate new business opportunities that can contribute to internationalizing their economies and promoting Barcelona's Logistics Community.
In recent years the port has continued to commit to Latin American markets, such as Brazil, Colombia, Mexico and Chile, with missions that have generated growth in traffic and new business among logistics communities, and have been especially well valued by participants. This year, the Catalan delegation will be chaired by Josep Rull, Regional Minister for Planning and Sustainability, and Sixte Cambra, President of the Port of Barcelona. In line with the previous missions, the delegation will share an agenda with a business mission organized by Catalan Regional ministry for Enterprise and Knowledge and ACCIO.
Among the actions prior to the mission to inform interested companies about the opportunities offered by the country, the port organized a seminar entitled Panama, a strategic platform for Latin America last June and will hold a seminar entitled Cuba 2016: preparing for the future, to be held on Thursday, September 8, which will also cover issues relating to the mission.