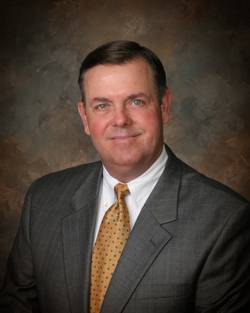 Barge Transport Claims Only a Portion of the Benefits Our Navigable Waterways Make Available to the Nation.

The National Waterways Foundation (NWF) has produced a new brochure – “Waterways: Vital to the Nation” – capturing the key findings of the January 2011 study, “Toward a Full Accounting of the Beneficiaries of Navigable Waterways,” by the University of Tennessee Center for Transportation Research. The study addresses the broad range of beneficiaries of America’s inland waterway pools and channels.  Specifically:

• Creation and sustainment of jobs for American workers:  America’s inland waterways system provides thousands of family-wage jobs in related industries that help to move the 624 million tons of waterborne cargo transported on the waterways system annually.

• Shipper savings: For the entire U.S. inland river system, the estimated national shipper savings was $7 billion, which is passed onto consumers who pay less for key commodities such as electricity.  This is especially important in a down-economy.

• Industrial and municipal water supply: In 2008, municipal and industrial users withdrew a total of 23.3 billion gallons of water daily from navigation pools on the Ohio River system alone, representing an estimated value of $953.5 million per year.

• Waterfront economic development: Study findings on one Tennessee reservoir indicates that elevation increases in water levels yielded a direct increase in the value of waterfront property.

Our waterways system supplies the nation with multiple benefits today and can for the future.  But only proper investment and judicious care will allow those benefits to Keep America Moving! “The Foundation’s brochure, based on this important study, underscores the various beneficiaries of our waterways system, of which commercial users are just one part.  Without continued investment in our waterways infrastructure, the waterways benefits may be lost and our economy negatively impacted in many ways,” said Mike Hennessey, National Waterways Foundation Chairman. The mission of the National Waterways Foundation is to develop the intellectual and factual arguments for an efficient, well-funded and secure inland waterways system. The brochure is attached.  The full study can be found by clicking: HERE.