Beyond the Tip of the Iceberg Tech: RDT&E's Annual Arctic Technology Evaluation

“Testing various technologies by cutter crews for operation in cold and Arctic environments provides highlights on what works and what may need improvement, and can help influence tactics, techniques and procedures,” said Brian Dolph, who heads the RDC’s Surface Branch. “This work directly contributes to two lines of effort in the Coast Guard Arctic Strategic Outlook: ‘Enhance Capability to Operate Effectively in a Dynamic Arctic’ and ‘Innovate and Adapt to Promote Resilience and Prosperity.’ ”

The RDC adjusted its testing approach because of the COVID-19 pandemic; typically, at least one RDC staff member would be onboard the cutter as the lead scientist during testing. The year the RDC relied on detailed user manuals and technical reports produced for training and remote connectivity with the Campbell during testing. Matthew Lees served as the RDC demonstration director while Lt. Mathew Lara, Campbell operations officer, assigned duties aboard the ship.

The technologies selected for evaluation: 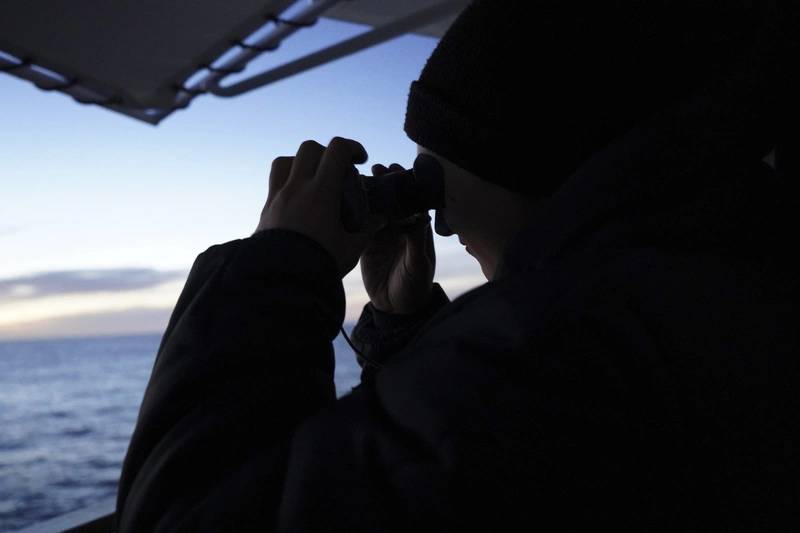 The AN/PSQ-20 fused monoculars were evaluated on their ability to determine ice edge and targets of interest during normal watch operations; the technology was successful, especially at night. This technology allowed crew members to sight an iceberg quickly and give accurate data on size and shape.

The Glare Helios laser was tested in both day and night operations using a manned over the horizon (OTH) boat. During daylight hours, crewmembers onboard the OTH small boat detected the laser up to 8,000 yards from Campbell. During night hours, the laser was even more effective and could been seen over the horizon (approximately nine nautical miles). The Arctic environment did not hinder the operational ability of the Glare Helios.

The OTH crew reported it was immediately apparent the laser was pointed at them and believed the laser would be a valuable part of a boarding kit, especially when pursuing non-compliant vessels.

The Coast Guard recently authorized the use of low-cost ROVs to enhance the effectiveness of the fleet; this demonstration proved this technology is also viable in polar environments. The demonstration highlighted maintenance efficiencies by reducing the number of crew-hours and risk to personnel required to perform time-consuming dives and providing on-demand inspection of hulls and piers. 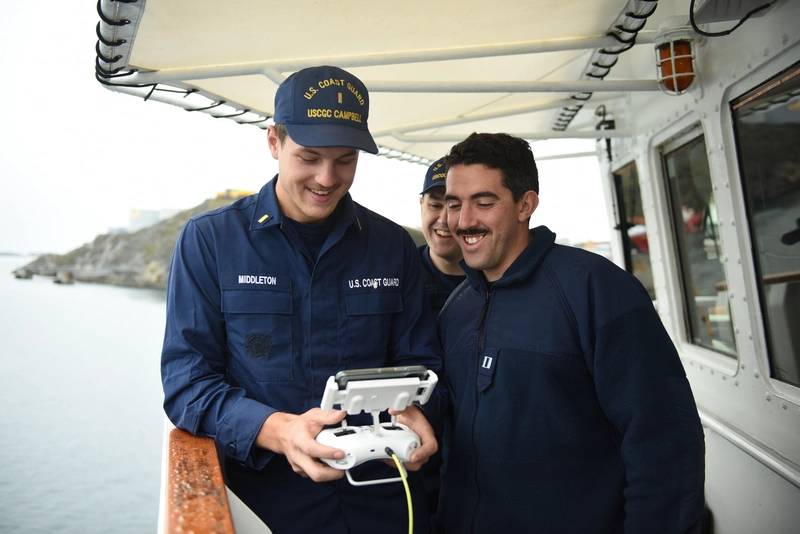 Underscoring the challenges faced during Arctic operations, weather conditions were generally not favorable for small boat operations, but the LRAD provided clear hailing and communication to small boats up to 500 yards away.

One of the biggest challenges for polar operations is effective communication. The Iridium Certus Terminal was used in this evaluation to provide a communication method every day, allowing for the easy transmission of multimedia messages and even the establishment of phone communications within the contiguous United States for the crew. “We tested this frequently throughout the patrol to analyze and document the operational suitability. Integrated into the shipboard telephone system, it provided clear communications for command and crew to make operational and emergency calls. It also proved to be highly effective as a back-up internet option when our high latitude operations challenged other technology,” Crane said.

Final results from these five technology evaluations are due at the end of the year.

“This effort strengthens international partnerships and provides a foundation for standard operations in the rapidly developing Arctic maritime environment,” said Vice Adm. Steven Poulin, commander U.S. Coast Guard Atlantic Area. “As interest and maritime traffic in the area increase, the importance of the U.S. Coast Guard’s interoperability with allied partners becomes more critical to ensuring we protect national and shared security interests. Exercising our unique blend of polar operational capability, regulatory authority, and international leadership across the full spectrum of maritime governance is vital to the future of the Arctic.”

About the Author: Ms. Karin Messenger is the Environment and Waterways and Arctic Domain Lead for the Coast Guard Headquarters Office of Research, Development, Test & Evaluation and Innovation. 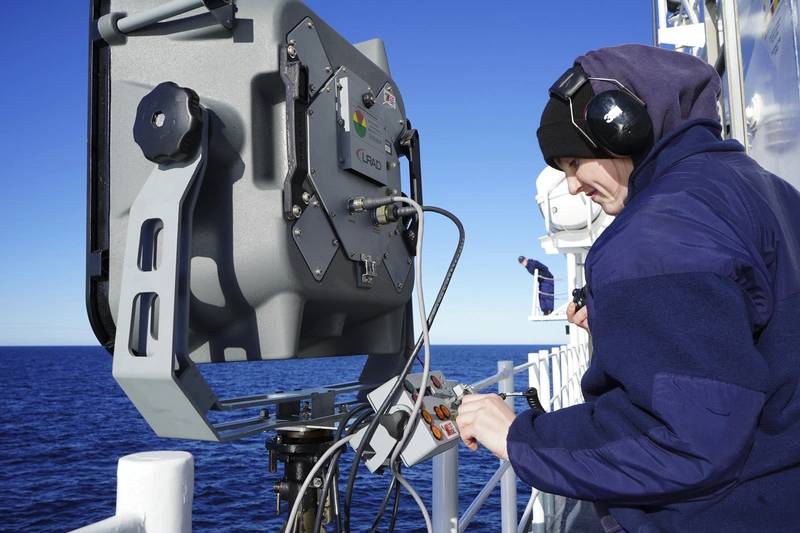