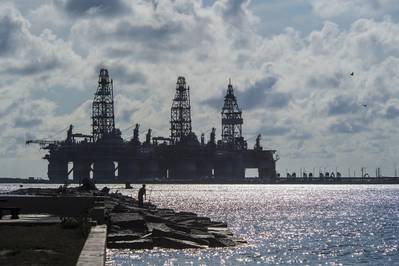 The U.S. Interior Department announced Tuesday it will launch its review of the federal oil and gas leasing program on March 25, a key step that will determine whether the Biden administration will permanently halt new leases on federal land and water.

The review will kick off with a public forum on oil and gas leasing on federal land and water, with participants representing industry, environmental conservation and justice groups, labor and others, and commence an online comment period.

This input would inform an interim report to be released in early summer outlining next steps and recommendations on the future of the program and what can be done to reform how leases are managed, how much revenue should go to taxpayers and other issues.

Biden, a Democrat, in January signed an executive order pausing new oil and gas drilling leases on federal lands in what is widely viewed as the first step to delivering on a permanent ban promised during his presidential campaign and has triggered heavy criticism from the oil industry and Republican lawmakers.

Interior did not comment on how long the leasing pause would last.

“The federal oil and gas program is not serving the American public well,” said Laura Daniel-Davis, principal deputy assistant secretary of land and minerals management. “This forum will help inform the Department’s near-term actions to restore balance on America’s lands and waters and to put our public lands’ energy programs on a more sound and sustainable conservation, fiscal and climate footing.”

In addition to the forum, the Interior Department will reach out to members of Congress, governors, tribes, as well as state and local elected leaders.

Oil and gas production on public lands accounts for nearly a quarter of all U.S. greenhouse gas emissions.

On Tuesday, the House natural resources committee will hold a hearing on a suite of bills introduced last week aimed at reforming the federal oil and gas leasing program.