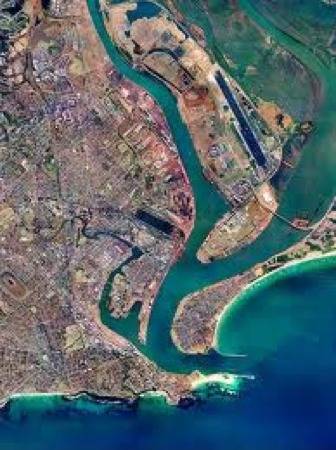 Port of Newcastle from the air: Image credit NSW Govt.

Australia's NSW government will go ahead with the long-term lease of the Port of Newcastle, the world’s biggest coal export location by annual capacity for a reported figure of around $700m, reports the Australian Journal of Mining.

A long-term lease of the port would include over 700 hectares of land owned by the Newcastle Port Corporation, as well as all road and rail infrastructure wharves owned by NPC within the port boundary.

Newcastle will be the third major NSW port privatised in recent times; Port Botany and Port Kembla were both privatised at the beginning of 2013. Similar to the services retained by these ports, Newcastle Port Corporation would retain a number of important maritime functions and services in the case of a sale.
These would include the harbour master, dangerous goods approvals, emergency response and administration of the existing coal chain ‘Capacity Framework Arrangements’, according to the Australian Journal of Mining, who cite the State minister for roads and ports, Duncan Gay.