Boatbuilding: Pivoting to the Market Demand at Breaux Bay Craft for 65 Years

In the 65 years, since Roy Breaux, Sr. founded Breaux’s Bay Craft and on down through three generations, the yard has built over 1700 hulls. Through the regular expansion and contraction of the oil industry, they learned to pivot from market demand to market demand.

As the oil industry in the Gulf of Mexico moved farther offshore, the demand for larger and faster crew boats, was met by Breaux. The fine-hulled aluminum crew boats grew to 125-foot vessels powered by up to five 700 hp Cummins KTA19 engines, then, the boats grew to 145 by 28-feet with four Cummins KTA38 engines delivering 5600 hp total and a 30-knot speed. In 2008 they delivered the 180 by 30-foot red-hulled, fast-supply vessel, Miss Lauren powered by four Cummins KTA50 mains each delivering 1800 hp.

Even then, there were uncertainties on the horizon. While some demand continued for new and repair work, the company began to pivot. They built passenger vessels, yachts, and patrol boats, each designed to the needs and demands of the individual customer and launched into Bayou Teche near Loreauville Louisiana.

With over 1700 boats advertising the name over the years, there have been some significant one-off vessels designed and built by the firm. Builders often note that ship’s pilot organizations can be the most particular customers due to their own massive experience in the maritime world. Breaux Bay recently gained international attention with the largest, 90-foot, all aluminum pilot boat built in the US for the Sabine Pilots of Texas. After one year in operation, it currently has over 70,000 nautical miles under the keel. 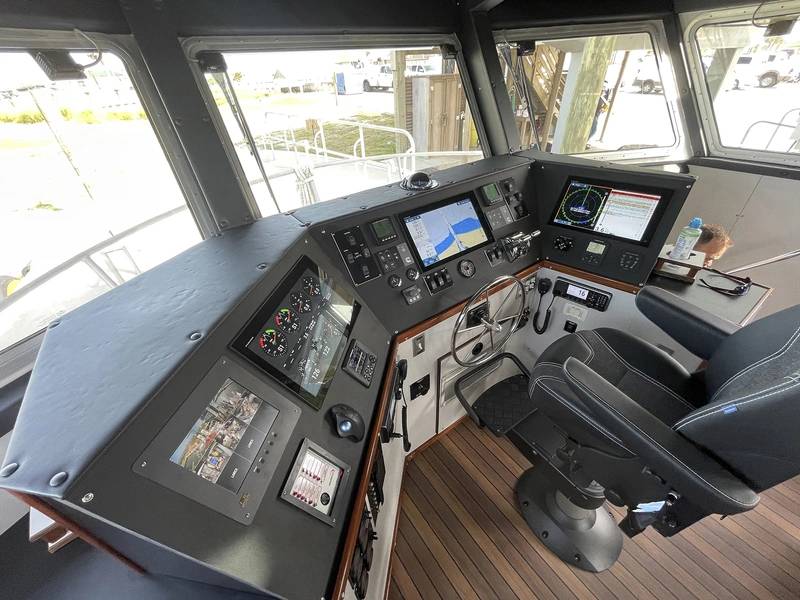 This month, June 2022, they have sea trialed and delivered a 70 by 19.5-foot pilot vessel to Aracor, Inc. of Port Aransas, Texas. Designed in-house, in consultation with the pilots, the vessel features a New Generation Inverted Deep-V Bottom.Pilot boats are, all weather boats, designed for sea keeping and speed. The new boat, Aransas Pilot III, is all of that. The hull design gives her excellent handling in heavy seas, and her propulsion package assures plenty of speed.

Comfort is enhanced with ride compensating seating for up to 12 pilots in Nor Sap Model 1600 and one Model 1500 Imtra Corp for the pilot boat captain. Onboard accommodation is provided for two crew with head and treatment plant by A Head Sanitation Systems. Bridge electronics include multiple Furuno radars with 19-inch LCD displays. Two M605 VHF Radios, 1-FA170 AIS supplied by DBS Electronics, Inc. of Bridge City Texas.

The steering system is electric over hydraulic with dual electric pumps and an auxiliary, engine-driven, pump for backup supplied by Gulf Coast Air and Hydraulics, Inc.

Flooring is by Plastek, sound insulation by Mascoat Marine DB and DTM and Engine Room Overhead Insulation by Insulations Inc., Fixed CO 2 System by Herbert S. Hillar. The bilge system includes a 110V electric pump manifold to each compartment with 12V and engine drive pump for back up. The pilot boat is also fitted with Humphree Interceptors with Active Ride Control, and a Side Power SE 300 - Bow Thruster.
Built to USCG and ABS welding procedures. 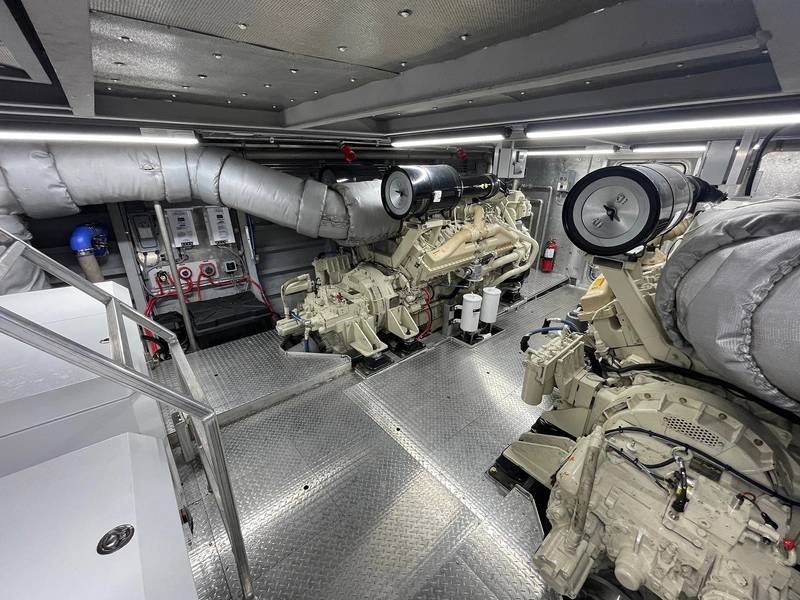