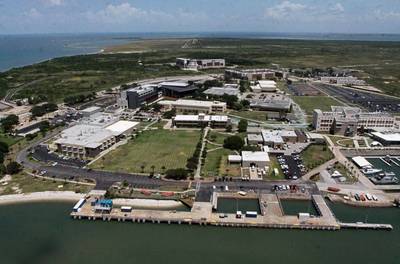 Authorities in Galveston, Texas say they have found what is believed to be the remains of a Texas A&M Maritime Academy cadet who has been missing since Wednesday.

Texas A&M-Galveston officials said they were notified by the Galveston Police Department Friday afternoon that a body found on Pelican Island near the Galveston Campus is believed to be missing cadet Brandon Lee Perlowski, though the identification has not been confirmed.

The news comes less than 24 hours after another student was found deceased in his residence hall room Thursday night. Authorities say the incidents are unrelated and that neither poses a threat to campus safety and security.

"We are deeply troubled and saddened by this news," the university said in a statement. "This heartache comes at an especially challenging time for our community both nationally and globally. We are hurting and mourning with you. We send our deepest condolences to the families, friends and loved ones of both Aggies we have lost over the past 24 hours."

Campus officials said they were notified on Thursday that Perlowski, class of 2021, was missing, and that his vehicle was found abandoned north of campus on Pelican Island, an area frequented by students.

A search of the campus and immediate vicinity began Thursday night led by Galveston police with the support of Texas City Police, the U.S. Coast Guard and around 200 student cadets. Efforts were suspended overnight and resumed Friday morning.

The university has canceled a press briefing scheduled for Friday afternoon.