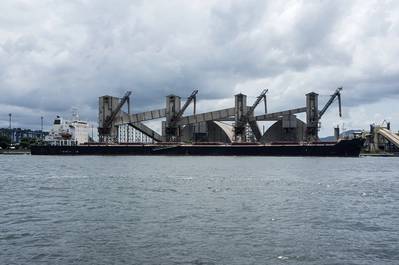 Brazil is expected to export 11.9 million tonnes of soybeans in June, a 37% rise from the same month last year, as Chinese demand remains strong and ports operate normally amid the COVID-19 pandemic, industry group Anec said on Tuesday.

Exports of corn from Brazil are seen at 774,850 tonnes in the month based on shipping data, Anec said in a report.

Brazil’s July soy exports are predicted to be 7.25 million tonnes while corn sales abroad are estimated at 3.9 million tonnes, with Brazil’s season for exporting its second corn crop beginning in earnest, according to the data.

China accounted for 72% of Brazil’s soy exports in the first half.