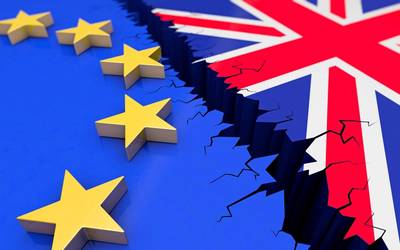 British ferry and shipping freight operator P&O is reviewing its UK-registered fleet and is already re-flagging two vessels to keep European Union tax arrangements ahead of Britain's departure from the bloc, the company said.

A P&O spokesman said two of its UK ships operating on the English Channel route to France would be re-flagged to Cyprus.

"The change is being made to preserve the tonnage tax financing arrangements, under which the ships should remain flagged in an EU member state," a statement said.

The spokesman added that P&O was reviewing the flag status of its four other ships operating on the Channel route, although no final decision had been taken.

Such a taxation system allows shipping companies to pay corporation tax based on the tonnage of their vessels rather than on profit.

The move will come as a blow to the UK's fleet.

With just over 100 days until Britain is due to leave the EU, British Prime Minister Theresa May is yet to win the support of a deeply divided parliament for the deal she struck last month with Brussels to maintain close ties with the bloc.

At the same time, the British government is stepping up preparations for a "no-deal" Brexit.