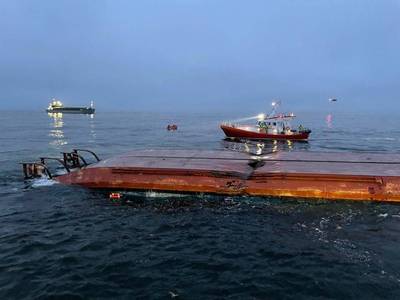 A British crew member of the ship Scot Carrier has been charged with manslaughter in a ship collision in December last year in the Baltic Sea that killed two Danish seafarers, Danish police said on Tuesday.

The 30-year old British man was on duty when the 55-meter (180 ft) barge Karin Hoj was in collision with the 90-metre (295 ft) Scot Carrier in fog and darkness off the Danish island of Bornholm. Two crew members on board Karin Hoj died as a result of the collision.

The suspect was charged with manslaughter, maritime drunkenness and negligence in maritime traffic, Danish police said.

The court case is due to begin in the Copenhagen City Court on June 16 with a ruling expected on June 23, the police said.