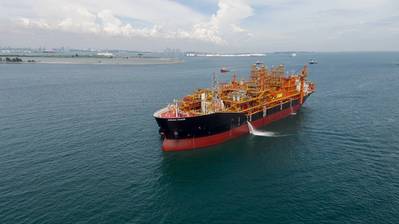 Net profit for the January-March period climbed to 62.21 million ringgit ($14.86 million), compared with a 48.42 million in the same quarter a year ago, said a stock exchange announcement.

The compay said floating production and offloading (FPO) business reported lower revenue of RM425.6mil due to lower revenue from Armada TGT 1 FPSO, with the vessel now in its extension agreement contract.

The offshore marine services (OMS) business reported revenue of RM66mil which was lower than a year ago due to Armada Installer and Armada Constructor completing their contracts at the end of 2018. The offshore support vessels (OSV) segment was unchanged in Q1 2019, as fleet utilisation remained below 40%.

Gary Christenson, Executive Director and Chief Executive Officer of Bumi Armada said, “Since the close of Q1 2019 the refinancing of our corporate debt has now been completed and we will monetize under-utilised assets to accelerate debt reduction. In addition the Group announced a new FPSO project for ONGC’s Kakinada 98-2 oil field with our Indian joint venture company."

"We are looking to stabilise the financial performance of the Group through various efficiency and performance improvement initiatives. Our focus will be on improving our performance on Armada Kraken, selectively pursuing new FPO projects and strengthening the balance sheet to support growth going forward,” Gary added.