Buttigieg Confirmed as US Transport Secretary 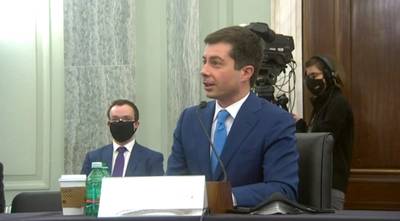 Pete Buttigieg was confirmed by the U.S. Senate on Tuesday by a 86-13 vote to head the U.S. Transportation Department.

Buttigieg, a U.S. Navy veteran and the former mayor of South Bend, Ind., will oversee maritime, aviation, highways, vehicles, pipelines and transit, as well as efforts to ensure safe transportation amid the COVID-19 pandemic.

Buttigieg recently drew praise from members of the American maritime industry after voicing his support for the Jones Act, a federal law requiring goods transported between U.S. ports to be carried on U.S.-flagged vessels built, owned and crewed by Americans. "[The Jones Act] is so important to a maritime industry that creates hundreds of thousands of jobs, as well as a shipbuilding industry here in the U.S.," he said during a January confirmation hearing.

The Biden appointee fills a role last held by Elaine Chao, who resigned in January, days before her term was due to end, following the insurrection at the U.S. Capitol.

Preventing pollution from dumping of wastes at sea relies on global frameworks, regional conventions and protocols and national regulations…