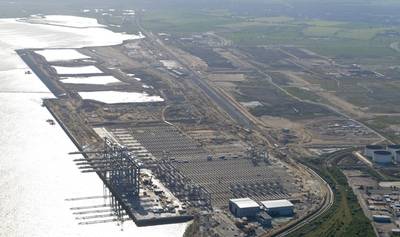 The representatives agreed that action is required, particularly with regards the situation at London Gateway terminal, UK, where Unite the Union’s offer of cooperative working is being snubbed. Speaking from the Chicago meeting Steve Biggs from Unite said: “What we’re seeing at London Gateway is a  rejection of the workers’ choice. This is not the way we expect, or can allow, an employer to behave in the 21st century.”

Meanwhile in the Port of Brisbane, Australia, representatives are calling for transparency in negotiations between the Maritime Union of Australia and DP World. Workers in Brisbane have been dealing with issues of representation, job losses, contracting out, casualisation and a possible cut in working conditions as a result of planned automation.

ITF president and dockers’ section chair Paddy Crumlin said: “We have called on ITF dockers’ and seafarers’ unions to make action ready which will force DPW back to the negotiating table over London Gateway in particular. Our unions have been open to dialogue throughout these disputes and where that is being reciprocated we welcome it, but we are not prepared to ignore the cases where DP World looks like it is ignoring its responsibilities to workers.”