OLT Seeks up to 20 LNG Cargoes 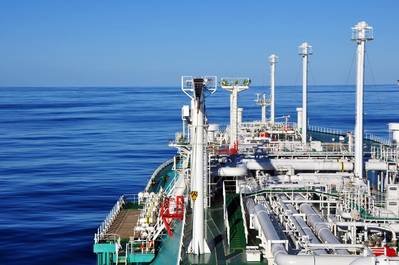 Italy's OLT LNG import terminal moored off the Tuscan coas t is seeking up to 20 cargoes of liquefied natural gas (LNG) for delivery between April and September, two trade sources with direct knowledge of the tender said on Thursday.
The Italian firm is seeking delivery of two cargoes in September, three cargoes in the months of April and June, and four cargoes in May, July and August. The tender closes on Mar.
6 and will have same-day validity, the sources added.
OLT is only expected to purchase 15 out of the 20 cargoes sought as the infrastructure capacity constraints at the project will limit its purchases to 1.5 billion cubic meters of natural gas (1.09 million tonnes of LNG), one of the sources said, adding that only bidders with industrial demand for gas in Italy could participate.
Swiss trader Dufenergy last year secured four of five import slots to bring LNG into OLT.