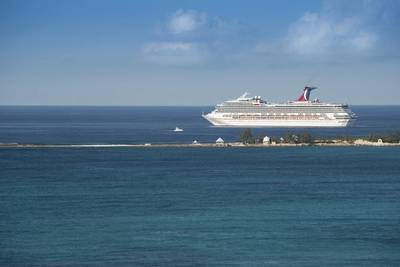 Carnival Corp said on Friday it was planning to resume operations in a phased manner and would operate with a smaller fleet on its return, months after suspending trips due to the COVID-19 pandemic.

The company’s shares, that have lost more than two-thirds of their value this year, rose as much as 11% to $16.12 in morning trading.

The world’s largest cruise operator said it has reduced capital expenditures by more than $5 billion over the next 18 months and raised a couple more billions to navigate through the virus outbreak.

The cruise business has been one of the worst hit after several ships, including some owned by Carnival’s Princess Cruises, became coronavirus hotspots.

To survive through the pandemic, cruise operators have raised billions through various means, even pledging ships and private islands.

Carnival alone, raised over $10 billion through a series of financing transactions since voyages were paused, enough to withstand another full year in a zero-revenue scenario, Chief Executive Officer Arnold Donald said on a conference call.

As it restarts voyages, the company expects future capacity to be moderated, while some ships could be removed and new deliveries would be delayed, Carnival added.

“We are also reorganizing the company to emerge stronger, leaner and more efficient,” Donald said.

“Even when we return to full-scale operations, we don’t expect to return to the same staffing requirements as we are addressing our work streams to work in a more efficient manner.”

The 13 ships expected to leave the fleet represent a nearly 9% reduction in current capacity, and the company expects only five of the nine ships originally scheduled for delivery to be delivered.

On Thursday, Carnival said it would resume voyages run by its German cruise line AIDA next month.