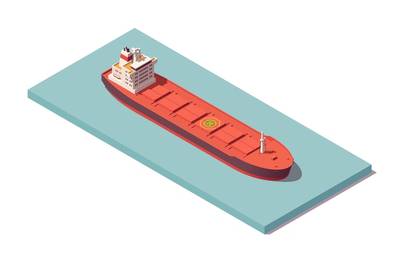 Dry bulk shipping firm Castor Maritime has struck a deal to buy a 2010 Korean-built Kamsarmax dry bulk carrier from an unaffiliated third-party for $14.8 million. It did not reveal the identity of the seller.

The acquisition is expected to be consummated by taking delivery of the vessel sometime in the end of the first quarter or beginning of the second quarter of this year and is subject to the satisfaction of certain customary closing conditions. Castor Maritime said.

Petros Panagiotidis, Chief Executive Officer of Castor, commented: "We are very happy to announce the acquisition of our third Kamsarmax dry bulk vessel and remain committed to our plan of steadily deploying capital and growing our fleet.

"Upon completion of all our recently announced acquisitions, our fleet will consist of twelve vessels, doubling in size since the beginning of 2021. We are working diligently in identifying and taking advantage of attractive opportunities presented to us across vessel sizes and segments.”

While Castor Maritime is growing its fleet, another dry bulk shipping company, Eneti - formerly known as Scorpio Bulkers - has been on a selling spree.

Eneti has been working to sell off its whole dry bulk carrier fleet as it last year announced its strategic shift away from business of dry bulk commodity transportation and towards offshore wind business including investing in the next generation of wind turbine installation vessels.

The company plans to sell or have commitments to sell its remaining wholly-owned or finance leased dry bulk vessels during the first quarter of 2021.

Eneti, then known as Scorpio Bulkers, announced in August that it had signed a letter of intent to enter into a shipbuilding contract with South Korea's Daewoo Shipbuilding and Marine Engineering (DSME) to build a wind turbine installation vessel for delivery in 2023, with options to build three further similar vessels.