AAPA Elects Quinn as Chairman of the Board 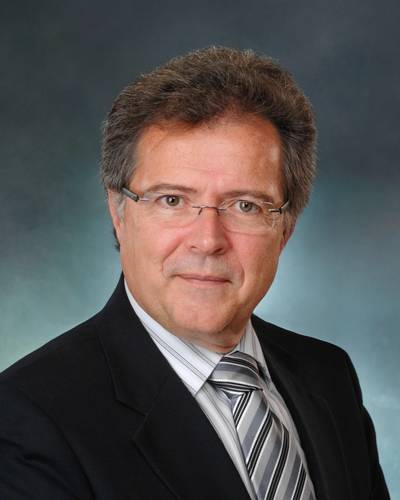 The American Association of Port Authorities (AAPA) elected Jim Quinn, president and CEO of New Brunswick, Canada’s Port Saint John, to serve as the international trade association’s chairman of the board for the 2015-16 activity year.

Elected at AAPA’s 2015 Spring Conference on April 21, Quinn is slated to be installed as AAPA’s chairman for a one-year term on the final day of the association’s 104th Annual Convention, set for Nov. 2-4, 2015, in Miami. He will assume the AAPA chairmanship from Port of Hueneme (Calif.) CEO and Port Director Kristin Decas, who began her one-year term as chairwoman last October.
“With a vast maritime, management and public-sector governance background, Jim Quinn is a superb choice to lead our association for the upcoming activity year,” said Kurt Nagle, AAPA’s president and chief executive officer. “Jim’s experience and leadership will be of enormous value as our hemispheric ports work together to address common challenges and priorities.”
Having served in leadership positions for more than 30 years in the marine and public sectors of Canada, Quinn was appointed president and CEO of the Saint John Port Authority in September 2010. He began his career on ships sailing out of Saint John in the mid-1970s prior to re-joining the Canadian Coast Guard in 1981 where he served as regional director of the Central and Arctic Region, and director general of marine programs.
After serving 23 years in the Canadian Coast Guard, Quinn joined the Privy Council Office’s Machinery of Government Secretariat and Social Development Policy Secretariat as a senior advisor. Later, he joined Indian and Northern Affairs Canada as director general of lands. From there, he was promoted several times, culminating in the chief financial officer/assistant deputy minister role.
Just prior to becoming Port Saint John’s president and CEO, Quinn held the position of chief financial officer in the Canadian International Development Agency.
“It’s an honor to be selected chair-elect by my colleagues on the board of directors of AAPA,” Quinn said. “The world’s trade depends on an efficient port system and AAPA provides an excellent venue for our hemispheric ports to learn from each other, placing us in a stronger position to service this trade.‎ I look forward to continuing the excellent work of the AAPA and our current chairwoman, Kristin Decas.”
A graduate of Dalhousie University (BSc), Quinn holds the professional designation of Certified Management Accountant (CMA)-Certified Public Accountant (CPA).