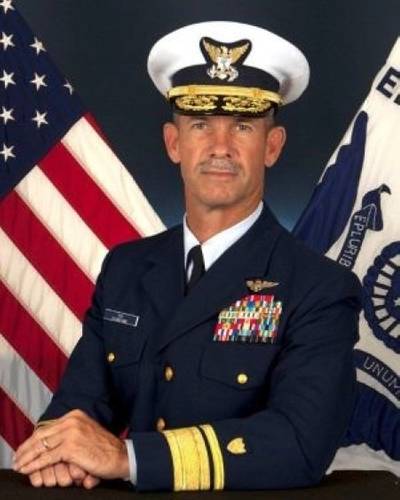 Rear Adm. Charles Ray is scheduled to be promoted to vice-admiral prior to the change of command. He has served as the Pacific Area deputy since 2013. His previous flag assignments include Coast Guard District 14 Commander, service with U.S. Forces Iraq as Director of the Iraq Training and Advisory Mission for the Ministry of Interior, and as the Military Advisor to the Secretary of the Department of Homeland Security.

Ray, a Newport, Ark., native, is a 1981 graduate of the Coast Guard Academy. After an assignment as a deck watch officer aboard Coast Guard Cutter Acushnet, he was selected for Naval Flight Training and earned his wings in 1983.

PACAREA’s area of responsibility encompasses six of the seven continents, 71 countries, and more than 74 million square miles of ocean — from the U.S. Western States to Asia, and from the Arctic to Antarctica.

The Coast Guard explains that the change of command ceremony is a time-honored tradition, which formally restates that the continuity of command will be maintained. It is a formal ritual, conducted before the assembled company of the command. It conveys to the officers, enlisted personnel, civilian employees, and auxiliarists of the Coast Guard that although the authority of command is relinquished by one person and is assumed by another, it is still maintained without interruption.