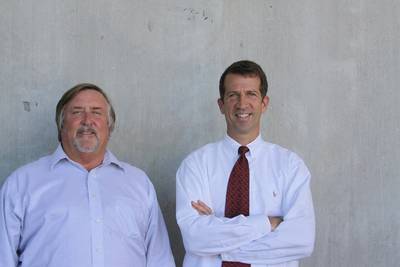 Since 1995, Charleston Freight Station (CFS) has provided container freight station services for the Port of Charleston’s customers. For the last 17 years, they served in partnership with the U.S. Customs and Border Protection (CBP) as the designated Central Examination Station (CES) here. CBP handled all types of customs examinations with an automated CES program that tracked exams and containers.

Now, as the CBP has announced it will tentatively set up operations with a new provider in the City of North Charleston, CFS continues its core focus of providing container freight station services for private Port of Charleston customers. The company is also planning to expand into new markets in Savannah, Jacksonville, Miami and Atlanta and is adding more cold storage capacity to their 50,000 square foot facility on Daniel Island. As part of that expansion, Andrew Adams, a management and finance consultant, has come aboard full time to help guide the process, which according to David Blair, founder and president of Charleston Freight, will begin a new chapter for the company.

Adams will be responsible for the overall strategic direction of the company and oversee its day to day operations. For 25 years, Adams has helped small to mid-sized companies transition into nationally and often internationally recognized brands. Adams has worked in major markets including New York City, Washington, D.C., and San Francisco and is a native of Washington, D.C. He holds a Bachelor of Arts degree from Hobart College in New York, where he studied economics.

The Australian Maritime College (AMC), part of the University of Tasmania (UTAS), and the International Association of Maritime and Port Executives (IAMPE) have…