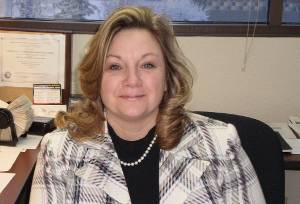 Crowley Maritime Corporation announced that Dorine Tessier has been named vice president of sales and chartering for its petroleum transportation group. In her new role, she will report to John Douglass, senior vice president and general manager of Crowley's Gulf/Atlantic region. She will relocate from Anchorage to Jacksonville.

As vice president of sales and chartering, Tessier is responsible for the planning and direction of the group's sales and chartering initiatives, overseeing development of policies and procedures; coordinating and negotiating customer contracts and developing business relations, specifically in the company's articulated tug barge (ATB) program.

Tessier joined Crowley in 2003 when the company acquired Yukon Fuel Company and has served the company in various roles. In 2006, she was promoted to director, supply and distribution for Crowley's petroleum distribution group. She later was named director of sales and marketing. Prior to joining Crowley, Tessier was the general manager of marketing for Tesoro's Western U.S. and Alaska markets and was vice president of a marketing brokerage firm. She attended the University of Alaska.