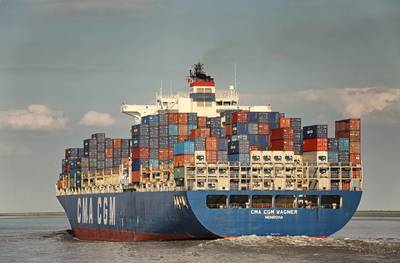 French-based CMA CGM, the world’s fourth-largest container shipping group, said on Tuesday it would aim to become carbon neutral by 2050.

The company, headquartered in the Mediterranean port of Marseille, also announced in a statement a target for 10% of its energy supplies to be made up of alternative fuels by 2023.

CMA CGM, which was citing objectives set out by Chairman and Chief Executive Rodolphe Saade during a United Nations conference, is following market leader Maersk in aiming to reduce its net carbon emissions to zero by 2050.

The French group, privately controlled by the Saade family, said it had already met an initial U.N. target for the shipping industry to reduce carbon dioxide emissions by 40% in 2030 compared with 2008.