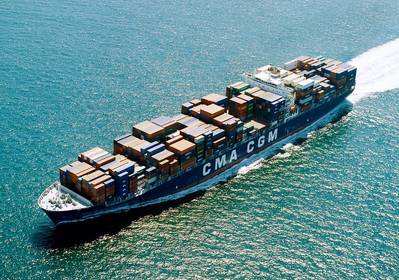 CMA CGM said on Friday it had finalized an agreement with China Merchants Port Holdings Co. to sell stakes in 10 port terminals to the companies' joint venture.

France-based CMA CGM, the world's fourth-largest container shipping company, confirmed the previously announced transaction price of $968 million for the sale of the assets to Terminal Link, in which it owns 51% and China Merchants 49%.

The deal is part of CMA CGM's efforts to finance the acquisition this year of Swiss logistics firm CEVA.

CMA CGM said the following terminals would be covered by the transaction: