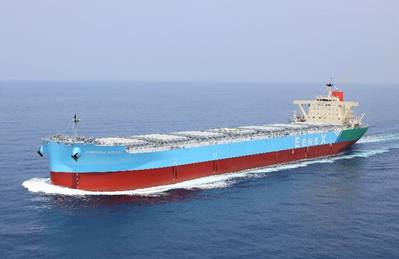 As a vessel built especially for Chugoku Electric Power, the Energia Azalea will transport coal from overseas to its power stations, along with the Energia Centaurus already in service.

The vessel features a double-hull structure which eliminates the need to fill cargo holds with ballast water, reducing the risk of marine pollution and minimizing cargo contamination with salt and rust, MOL explained.