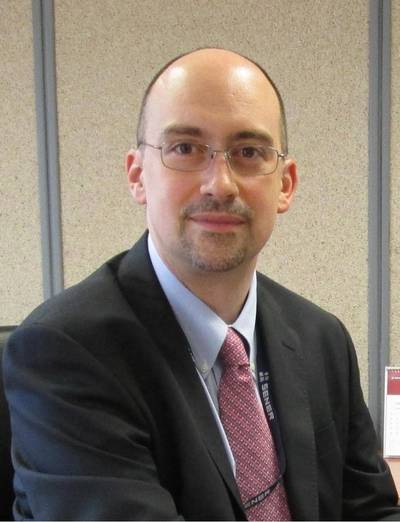 Héctor Martínez has been appointed Commercial Director of SENER’s Marine Strategic Business Unit in Mexico in addition to his responsibility as Commercial Director of the Aerospace Strategic Business Unit in the same division. These are two business sectors with good growth prospects, in which SENER has operated for several years providing Engineering and Construction services.

Born in Mexico, Héctor Martínez is an Electromechanical Engineer graduated from the Pan-American University, specializing in Industrial Engineering, and holds a master's degree in Business Administration from the IPADE Institute. In his nineteen years of professional experience, he has worked as Deputy Director General for Multimodal Transport and Logistics at the Ministry Department of Communications and Transport of Mexico, and previously in the Business Intelligence Strategic Advisory at the Ministry Department of Economy, as well as in companies such as Quest Software and Yahoo! Mexico, among others. He joined the SENER group in 2013.

In his new position, Héctor Martínez will seek business opportunities in Marine Engineering and will engage in licensing of the FORAN system, worldwide one of the most marketed CAD/CAM software programs used for the construction of ships and offshore devices, as well as in Space, Aeronautics and Defense. SENER has a long experience of more than half a century in all these fields; specifically in Mexico, the company is currently developing marine engineering projects related to the oil sector. In addition, new contacts were made with companies and institutions such as the Ministry Department of the Navy, Swecomex (from the Carso group), TMM, the Mexican Oil Institute, Dragados Offshore México, ICA, Tradeco, Blue Marine, Compañía Inversora Corporativa, Marecsa, and Servicios Navales e Industriales. Regarding the Space sector, SENER has signed a cooperation agreement with the Mexican Space Agency (AEM for its Spanish acronym) to carry out future joint activities in projects for the development of earth observation satellites providing early warning for natural disasters. Moreover, SENER is also working on the provision of design and equipment integration services for the booming aviation industry in Mexico. SENER is also majority shareholder of the ITP Group, which, in turn, owns ITR Turborreactores, a company located in Querétaro.

SENER’s Division in Mexico is a company made up of over 350 Mexican professionals, capable of developing projects either in Mexico or anywhere else around the world. In addition to the above mentioned projects in the marine engineering and aerospace fields, its most significant reference projects are: the Toluca-Valle de México passenger train; the combined cycle plant Norte I, in Durango, and the Poza Rica plant, in Tihuatlán; the petrochemical plant La Cangrejera and the diesel hydro-desulphurization plants of the refineries of Tula and Salamanca in Veracruz, developed for PEMEX; the rail bypass of Morelia, the General Hospital of Mexico, the Mexico City airport or several projects in intelligent transportation systems in the country’s road network for clients such as SCT, Banobras and CAPUFE.