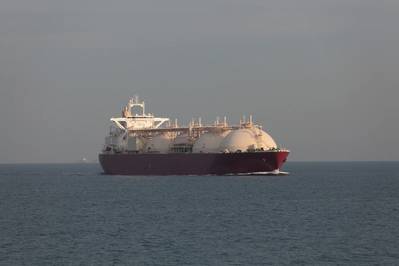 A tender to supply Italy with about 15 liquefied natural gas (LNG) cargoes between April and September attracted highly competitive winning bids from traders including Gunvor, Trafigura, MET and Uniper, trade sources said.
Companies offered to supply the shipments at only a slight premium to prevailing prices at Britain's National Balancing Point (NBP) trading hub, traders said.
At the same time bids for a tender to supply Argentina with LNG attracted bids carrying a $0.30 per million British thermal units (mmBtu) premium to NBP levels, whereas the prices for the Italy tender showed only a slight premium, traders said.
"It was very aggressively bid and suppliers may in the end opt not to deliver the cargoes if the economics don't make sense," one trader said.
Under the tender, suppliers retain cancellation rights.
The list of suppliers may not be exhaustive and the exact quantities to be delivered by each party are preliminary and could not be fully confirmed.
According to traders, Gunvor will supply most of LNG - an estimated 10 cargoes - with Trafigura contributing about four.
Italy launched a tender last month to buy 1.5 billion cubic metres of natural gas as LNG for delivery to OLT LNG, moored off the Tuscan coast, and the Panigaglia facility in northern Italy.
The volume equates to about 15 standard-sized LNG carriers though some of the suppliers may opt to use smaller tankers, resulting in a higher carrier count.