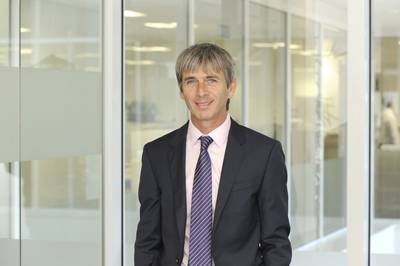 The latest U.K. Logistics Confidence Index commissioned by Barclays and Moore Stephens reveals that confidence in the U.K. logistics sector remains high but more controlled over the past six months as familiar challenges persist.

The index has risen by almost 36% since its lowest point in late 2012, despite a slight dip in confidence in the latest survey compared to 2013. Almost three-quarters of logistics operators are planning significant capital expenditure over the coming months, while just over three-quarters (76%) expect their turnover to rise in the next year, with 61% anticipating an increase in profits. Margin pressure remains a key concern for operators, while attracting and retaining high-quality staff, particularly drivers, is another key issue for the industry.

The biannual index, which surveyed more than one hundred senior decision-makers in logistics businesses in July and August 2014, reveals that 81% of operators believe the U.K. logistics industry is in better shape now than it was pre-recession. Even though the index dipped slightly from the 2013 high of 74.9% to 71.4% in the latest survey, over half of respondents (53%) think that business conditions are better now than six months ago, with almost half (48%) expecting business conditions to improve further over the next six months.

New business in the sector is coming from customers switching from other service providers (45%), existing customers expanding contracts (31%) and renewing contracts at almost 19%. Of the three-quarters of respondents in the survey expecting an increase in turnover over the next twelve months, over a quarter (26%) are forecasting a rise of 5% to 10%, with 17% expecting 10% or more, which is significantly higher than the current U.K. rate of inflation. Almost a fifth of operators (16%) are forecasting an increase in profits of 5% to 10%, while 12% anticipate a rise of 10% plus. Half are looking to increase headcount, with only 11% considering reducing staff numbers.

However, the sector still faces the same challenges that have troubled it since the survey was launched in early 2012, with margin pressure and a lack of skilled/trained employees cited as key causes for concern.

Pressure on margins is still a major challenge for operators as customers continue to expect more value for their money. With nearly half of new business coming from customers switching service providers, operators are clearly still under pressure to meet new service demands created in part by the rapid growth of e-commerce, among other trends. Price competitiveness (27%) remains a key factor in winning contracts, according to the latest survey. However, value-added services (24%) and personal relationships (25%) appear to be just as important to customers who have become accustomed to getting more for their money in recent years.

Encouragingly for the sector, three-quarters of operators are planning significant capital expenditure, with 43% saying that such investment is very likely. This compares to just under a quarter (24%) who are currently assessing acquisition opportunities, indicating that operators are more focused on investing in their fleets, infrastructure and technology to drive efficiencies and competitiveness rather than through the route of acquisitions.

Yet, attracting and retaining highly-skilled employees, particularly drivers, is a major concern for the industry. The sector currently employs around 8% of the U.K. workforce, but will need an additional 650,000 workers between now and 2020 to meet its needs. However, there is simply not enough new talent coming into the industry, according to the respondents to our survey. The concern lies not only in attracting suitable talent but also in retaining skilled employees, with the added burden of trying to attract younger recruits to counter an ageing workforce, a particular problem for the logistics sector.

One of the main challenges in attracting recruits has been the perception that the industry lacks significant career opportunities. Many employers hold that job applicants are not ‘work-ready’ and lack suitable qualifications. While some logistics companies are committed to funding and arranging training, there are many that are not. Many respondents believe that driver shortages could have a serious impact on the supply chain in the run up to Christmas.

Rob Riddleston, Head of Transport and Logistics at Barclays, commented, “Our surveys have demonstrated that the logistics sector is a bellwether for the U.K. economy. The slight dip in our current index, compared to the second half of last year, reflects more a pause for breath to take stock than any marked drop in optimism. The logistics sector’s outlook remains positive for the year ahead, with an impressive eight out of ten operators believing that the industry is in better shape now than it was five years ago.”

Philip Bird, Senior Director of Moore Stephens Corporate Finance, added, “Despite the continued optimism in the sector, challenges remain for operators. These include ongoing margin pressure, more onerous tendering procedures for contracts and the need to attract and retain new employees, especially drivers. Despite these challenges, growth opportunities do exist, in particular in e-commerce where more goods are going to more places and drop-off and collection points in the supply chain. Logistics operators in the e-commerce space need to have a unique and differentiated service offering to be successful, or they remain under threat from the likes of Amazon, who have been trialing their own ‘last mile’ delivery service in the U.S.”