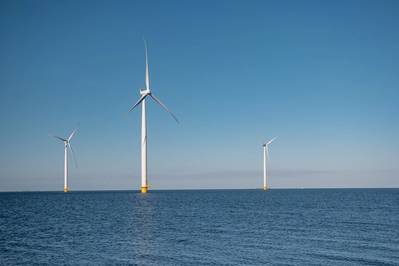 The U.S House of Representatives passed the Clean Economy Jobs and Innovation Act (H.R. 4447) aiming to reform U.S. energy policy and authorize significant investment in the transition to greater use of low-carbon energy.

The legislation, which addresses a wide range of energy topics and initiatives, includes an amendment by Congressman John Garamendi (D-Calif.) which would enforce Jones Act requirements for all offshore wind development, construction, production and servicing.

The amendment clarifies that all existing requirements that govern offshore oil and natural gas extraction also apply to renewables, Garamendi said, adding, “This will enable our domestic maritime industry to support the renewable energy industry and provide a critical economic stimulus for our nation.”

Offshore wind is on a growth trajectory globally, and more recently, momentum has been mounting for a U.S. offshore wind sector that holds significant potential but has yet to truly take off. As much as 25 gigawatts of offshore wind capacity could be deployed in the U.S. by 2030, according to Wood MacKenzie.

But even as offshore wind projects in the U.S. have begun to move toward construction and development, there has been much discussion—and uncertainty—around the application of the Jones Act (The Merchant Marine Act of 1920), which essentially requires all goods shipped between U.S. ports to be transported on ships that are built, owned and operated by Americans.

“Offshore wind development will play a critical role in our nation’s transition to a clean energy economy,” Garamendi said. “Demand for offshore wind development in federal waters is strong, and Congress must act to ensure this burgeoning industry abides by federal laws and regulations including the Jones Act so we have the strongest possible labor and environmental protections.”

“I have been a vocal proponent of the Jones Act during my time on the Subcommittee on Coast Guard and Maritime Transportation. The Jones Act is the lifeblood for a U.S. maritime trade that supports 650,000 jobs and almost $100 billion in annual economic impact. Ensuring our nation’s offshore renewable energy investments are governed by the strongest labor protections, environmental requirements, and safety standards is commonsense,” Garamendi concluded.

The Clean Economy Jobs and Innovation Act will now head to the Senate, but policy and politics may serve as roadblocks preventing any further action in the near future.