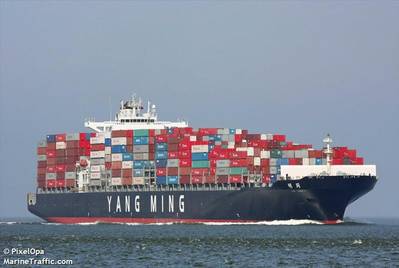 At lest three shipping containers were lost overboard from the containership Navios Unite last week off the coast of Australia, the country's maritime safety agency said.

The ship reported losing the containers overboard in rough weather about 33 kilometers southwest of Cape Leeuwin in Western Australia at 8 p.m. AWST, Thursday.

The Liberian-flagged vessel, which had been traveling from Fremantle to Adelaide in South Australia at the time of the incident, is currently at berth in Port Adelaide, AIS ship tracking data shows.

The Australian Maritime Safety Authority (AMSA) tasked its Challenger jet from Perth to search an area of about 1,600 square kilometers for any sightings of the missing containers, but none were seen.

AMSA said it is gathering information about the incident and will determine its course of action once the circumstances are understood.