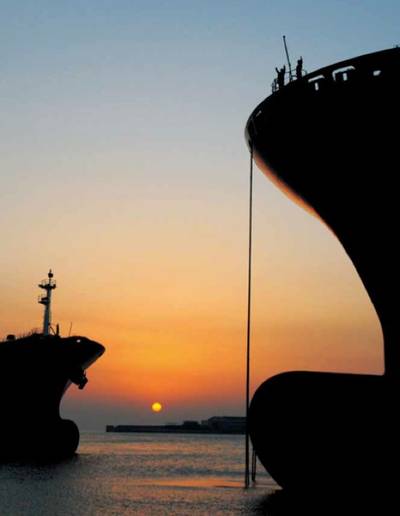 Hyundai Heavy Industries (HHI), which claims to be the world’s biggest shipbuilder says that it set a new daily naming ceremony record by naming 5 containerships (ordered from Enesel) on a single day.

In a simultaneous naming ceremony attended by Mr. Andonis Lemos; Mr Filippos Lemos; Mr. Kim Oi-hyun, President & CEO of Hyundai Heavy Industries; and other 130 participants at HHI’s yard in Ulsan, South Korea, the sponsors including Mrs. Irini N. Lemos, mother of the Lemos brothers and four other ladies, named three 10,500TEU containerships and two 13,800TEU containerships for the Greek owner. The large boxships are scheduled to be delivered from March 20 to early June this year.