Not All Contangos are Created Equal 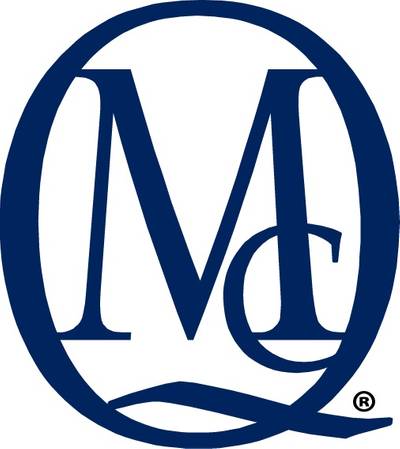 After the collapse of the global financial system in 2008, crude oil forward curves moved into steep contango. Fortunes were made in storage asset plays in 2009-2010, which is likely the reason that so much attention is being devoted to the topic today; however, the contango is inherently different today than it was after The Great Recession.

As the U.S. energy revolution continues to develop, global crude oil supply and demand dynamics have begun to evolve. Improvements to hydraulic fracturing processes have helped the U.S. become the world’s largest crude oil producer. However, due to a protectionist energy policy, U.S. produced crude oil cannot be exported, apart from a few exceptions. This scenario has created a shift in crude oil trade flows and has also impacted regional crude oil pricing. The U.S. now requires less crude imports to meet domestic demand and the new supply and demand rebalances have reduced the longstanding price interdependency between U.S. and foreign crudes.

The shape and depth of the forward curve can assist the trader in developing hedging or speculative strategies. Commodity storage is a potentially lucrative strategy that is implemented when futures curves move into contango, predicated on the assumption that you can store a commodity today to sell at a higher spot price in the future. Many analysts and journalists have correctly identified the current contango phenomenon in the Brent curve, and many have begun to link the contango with cargo asset plays utilizing crude oil tankers for crude storage in the Atlantic Basin. However, there are a variety of considerations that must be taken into account when evaluating floating storage plays, which many recent reports have overlooked.

The cost of carrying, or storing, the commodity and the perceived price the cargo can fetch in the future are critical components of a storage asset play. In the floating storage case, the cost of the vessel, financing, insurance and crew represent the bulk of the carrying costs. Storage costs are not uniform, though. For instance, if you are a tanker owner, crude oil producer or are bank with low financing costs, your cost of implementing a floating storage play will likely be lower than other non-strategic speculators. That said, current market conditions make a pretty weak case for floating storage regardless of strategic positioning.

Storage plays are normally exercised as a result of bullish sentiment; but, contango curves don’t necessarily reflect a bullish market. It is our view that the current contango is more likely a result of short-term over-supply in the Atlantic Basin, which has driven down near-term prices. As evidenced in Figure 1, the shallow Brent contango levels out by the end of 2014, not leaving much meat on the bone for speculators. In other words, we do not see a long-term increase in crude oil demand leading to higher prices in the future that would justify putting oil into storage at current prices to sell in a future spot market at a premium.

Another meaningful difference between today’s contango and the contango of 2009 is the price level at which the contango curves formed, respectively. In 2009, the contango took shape as markets started to recover after the economic collapse. As the global economy weakened, so did crude oil demand. As the global economy recovered, so did crude oil demand. From the bottom of the collapse, there was abundant upside price potential that coincided with increasing crude oil demand. In contrast, today’s contango formed at the top of a multiyear rally. It is our view that we are at the top of a consolidating price range and without substantial changes to demand, prices will likely not have much room to the upside.

We still perceive the physical crude oil markets to be soft. When global crude oil production decreases at a slower pace than demand, some cargoes may sit on the water and wait for off-takers. We believe this is the case in Asia and the Atlantic Basin. When there is a surplus of crude oil, savvy traders could delay purchasing cargoes until the over-supply starts to dissipate and prices reach a bottom. There is some evidence hinting that this may be taking place. Last week, the U.S. Energy Information Administration, the energy statistics arm of the Department of Energy, released inventory data revealing that U.S. East coast refiners imported 460,000 barrels, as PADD 1 refinery utilization increased by 10.2%.

U.S. crude oil production has been so robust that geopolitical turmoil in key producing nations like Iraq and Libya seem to have little effect on prices. While U.S. production is expected to peak within the next several years, the one to three year global supply forecast is very strong. At the same time, global crude oil demand forecasts are being pared back. The International Energy Agency (IEA) has reduced its global demand target for 2015 to 92.6 million b/d. The revision was made after historical demand figures showed that 2Q2014 demand was the lowest in the last 10 quarters. In correlation with the IEA forecast, OPEC has also indicated that it will likely reduce production volumes by 500,000 b/d in 2015. While floating storage is an enticing strategy to consider, a meaningful shift in crude oil supply, demand and futures prices would have to transpire for this contango to be more than an interesting phenomenon.