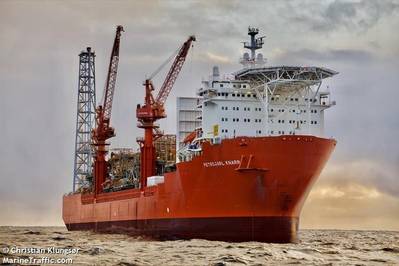 The FPSO owner, which recently rebranded from Teekay Offshore to Altera, said the extension with Shell would keep the FPSO busy in the Norwegian section of the North Sea until at least March 2022.

The FPSO has been in operation on the Knarr field since 2015 under a firm duration until March 2021, which included a further fee payable by the Shell if the contract was not extended through to 2025 and with additional extension options.

The contract amendment includes a reduction in day rate from March 2021 to March 2022 and the removal of the fee payable by Shell if the contract was not extended, in return for the introduction of an additional production volume and oil price-related tariff.

The amendment also terminates the Shell purchase option for the vessel and provides for a mutual right to terminate the contract on 6 months’ notice without payment of a penalty, but such termination not to be effective before March 2022.

“We are pleased to announce this important FPSO contract extension for the Petrojarl Knarr, and we are committed to work together with the licence partners to continue to operate safely and maximize production on the field. The contract amendment provides important visibility for the next period of operations and it also enables us to position the vessel for the next re-deployment", says Chris Brett, President Altera Infrastructure FPSO.

The FPSO was originally deployed at the field by BG Group which was subsequently bought by Shell in a US$70 billion mega-merger in 2016.