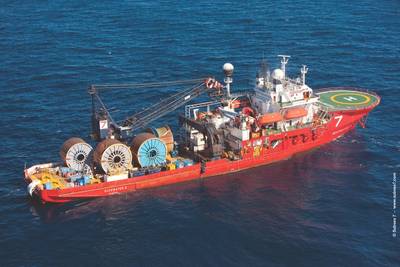 Offshore services provider Subsea 7 S.A. announced today it has been awarded a contract from Burullus Gas Company S.A.E. for the platform extension and tie-in on the first phase of the West Nile Delta development of the Taurus and Libra fields by BP, offshore Egypt.

Subsea 7 did not specify a precise contract value, but called the award “sizable” in the range of $50 million to $150 million.
Subsea 7 said engineering and project management work will commence immediately and will be undertaken at its Cairo office and Global Projects Center in London. Fabrication of the deck extension and spools will be carried out at the Petrojet Maadia yard near Alexandria. Offshore work is scheduled to commence in the second half of 2016 using Subsea 7’s Rockwater 2 as the main hook-up and accommodation vessel with Seven Borealis performing the offshore lift of the platform extension and the heavy construction vessel, Seven Arctic, installing the umbilical.