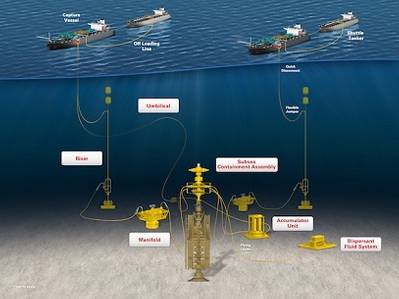 South Shields based Solar Solve Marine received an order for Solasolv anti-glare, heat rejecting roller screens for the navigation bridge windows of a Marine Capture Vessel (MCV) which is being converted at Drydocks World in Dubai.

Solasolv screens are installed at the windows of ships, rigs and cranes of all types and sizes worldwide. They reject up to 87% of heat and up to 93% of glare from the sun. Solar Solve claims that  with its product eye-strain is reduced, ensuring computer displays are easier to read, and a clear outward view is maintained for safer operations. With a more ambient room temperature, the crew has a comfortable working environment and is less prone to fatigue which can lead to human error, Solar Solve said. Suitable for newbuilds and retrofits, Solasolv screens are Type Approved by Lloyds, ABS and DNV.

The Marine Capture Vessel, which is owned by Malaysian headquartered AET, is being converted from an Aframax tanker at the Dubai Shipyard.  AET has been awarded a 20-year contract from the Marine Well Containment Company (MWCC) in the U.S. to supply two MCVs to provide containment services in the event of a potential deepwater well control incident in the Gulf of Mexico. An order for 17 Solasolv sunscreens was placed by Drydocks World in April as the vessel nears completion.

Paul Hopkins, Solar Solve’s Sales and Marketing Executive commented, “This is a new type of ship which is designed to respond quickly and capture and then contain hydrocarbons or other liquid contaminants from wells in the deep sea."

Subsea Global Solutions (SGS) has entered into an agreement with Royal Caribbean Cruises Ltd. (RCCL). Under the agreement…