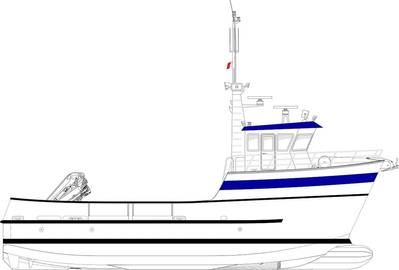 Kvichak Marine Industries, Inc. was recently awarded a contract by Norton Sound Economic Development Corporation (NSEDC) to build an all-aluminum 66’ Shallow Draft Tender to be used for multiple fisheries in and around Norton Sound, Ak.

Designed by Kvichak Marine, the 66’ x 25’ tender will be powered by twin Cummins QSM11 marine diesel engines rated for 450 BHP at 2100 RPM. The engines are coupled to ZF 360 transmissions that drive NiBrAl four-blade propellers.

Delivery is scheduled for the spring of 2014.