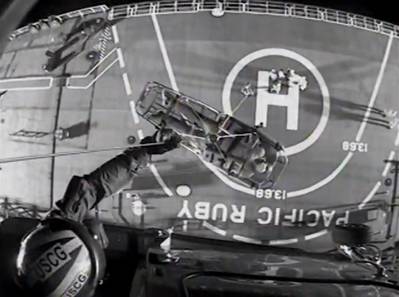 Coast Guard Sector Houston command center watchstanders received a call at 10:36 p.m. from the anchored Marshall Islands-flagged tanker Pacific Ruby stating that a 35-year-old mariner on board was exhibiting abnormal lethargic behavior and was in need of medical assistance. Watchstanders consulted with the duty flight surgeon, who recommended a medevac.

A Coast Guard Air Station Houston MH-65 Dolphin helicopter crew launched to assist. Once on scene, the Coast Guard helicopter crew hoisted the seafarer and transported him to the Medical Center of Southeast Texas in Port Arthur, Texas. The man is reportedly in stable condition.