Despite notable breakthroughs in technology and an overdue increase in conversations regarding safety at sea, the very nature of the marine industry means that risk is inevitable.

Piracy remains a prominent concern in certain regions, for example, around the Gulf of Aden. According to statistical data provided by ICC International Maritime Bureau (IMB) , 107 ships were hijacked or were subject to attempted attacks by pirates between January-June 2018. This figure has risen by 20 per cent in comparison to data collected in 2017 and only further highlights the need for adequate safety measures. Even if your organizations’ activities aren’t near to one of the affected regions, pirates still pose a threat as they often operate across vast ocean areas that are difficult to monitor and control.

Vessels are also contending with tension between low crew numbers and a growing scope of tasks and duties, leading to heightened possible risk and danger. This is exacerbated by human reactions such as fatigue - an exhausted crew team is less productive and more prone to accidents and injuries. Fatigue becomes increasingly common when crew spend long hours at sea and operate under stressful conditions. Managers coordinating crew rotations should properly oversee the scope of work per person and ensure it practically considers limiting dangers caused by human factors if personnel don’t have enough down time.

Thanks to rapidly advancing technology, the world now feels smaller. There are few places that we can’t travel to and even fewer that we can’t communicate with, resulting in a sometimes misguided feeling of truly understanding a country and its culture. However, when it comes to the transportation of maritime workers there are often overlooked nuances that can have a significant impact of safety and security, especially if booking and managing maritime travel to some of the world’s largest sea ports isn’t your area of expertise. For those who don’t make understanding the complex political climates, social landscapes and effects of unpredictable weather, predicting safety and security issues ahead of time can be incredibly challenging.

Security threats vary depending on location and most are influenced by the geo-political climate of a country. In certain parts of Africa, for example, there are conflict zones with high rates of crime and violence, meaning seafarers require armed ground transportation. There is also the added complication of dealing with the EU-banned airlines that operate in some locations – airlines that are often at odds with an organization’s travel policy. Without due consideration and planning, travelers can end up facing delays of two or three days waiting for an approved flight, leading to wastage of resource and valuable time. More importantly, crew can be left stranded in unsafe and turbulent environments.

Situations develop and incidents occur, but being as prepared for them as possible is the most effective way to mitigate against them. Having a knowledgeable travel management company (TMC) on your side can limit crew members’ exposure to risks, allow you to plan and keep track of where your travelers are. Back office processes such as pre-trip reporting, which updates travelers on potential security risks, and volatile situations, can be put in place so you can react appropriately if or when help is needed.

Good crew travel planning means never putting a tighter schedule or a lower cost ahead of safety and security. Addressing tomorrow’s risks and concerns for your seafaring crew, wherever they are in the world, is just one route to securing a better future for the sector. 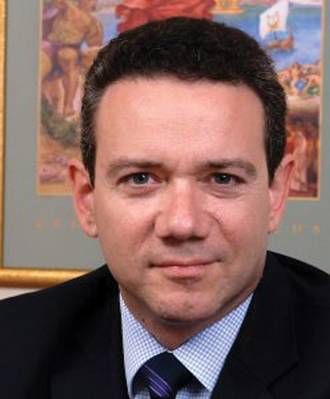 The Author, Nikos Gazelidis is Global Head of Shipping at ATPI Griffinstone.

Nikos Gazelidis is Global Head of Shipping at ATPI Griffinstone, the specialist marine and energy division of the travel management and events business, the ATPI Group. For more information please visit www.atpi.com/griffinstone and the ATPI Knowledge Hub.