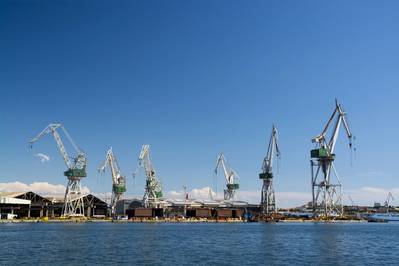 Twelve people were arrested in Croatia on Tuesday on suspicion of causing over one billion kuna ($152.16 million) in financial damage to the country's biggest shipbuilding group Uljanik and the state budget, the interior minister said.

Uljanik, which is 25 percent state-owned and operates two shipyards in the northern Adriatic cities of Pula and Rijeka, has been battling to stave off bankruptcy due to liquidity problems that began in 2017. Workers are currently on strike, seeking unpaid wages.

"This morning the police began action during which 12 people were arrested," Interior Minister Davor Bozinovic told state news agency Hina. He did not elaborate but Croatian media said that among those arrested were former top executives of Uljanik.

Last week, the government said it was still weighing up whether to place Uljanik into bankruptcy or to restructure the business at a cost of around 1 billion euros ($1.13 billion) - equivalent to 2 percent of gross domestic product.

Croatia has spent more than 33 billion kuna in the past 25 years to save and then sell state-owned shipyards, but those efforts have yielded little success.

Prime Minister Andrej Plenkovic said the government wanted first to assess the viability of a restructuring before any decision on pouring more state money into the shipbuilding industry.

(Reporting by Igor Ilic; Editing by)