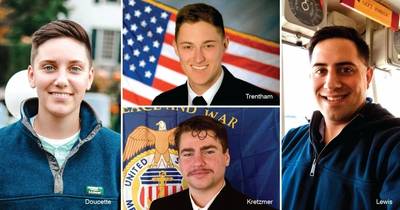 The honorees earned the scholarships based on their academic performance, financial need and interest in pursuing a career at sea. The scholarship recipients are:

Maine Maritime Academy is a co-educational, public college in the coastal town of Castine offering programs of study in engineering, management, science and transportation.

In 1994, Chairman and CEO Tom Crowley Jr., established the Thomas B. Crowley Sr. Memorial Scholarship Program in honor of his father, who led the company to extraordinary heights before passing away in 1994. The company continues to give scholarship dollars to deserving students in the U.S., Alaska and Puerto Rico. In 2006, the program was expanded to Central America and to date, has provided financial assistance to dozens of students in that region.

Since 1984, Crowley has provided more than $3 million dollars in scholarship funding for more than 1,000 students. The company has also donated more than $2 million over the years to support other educational programs.