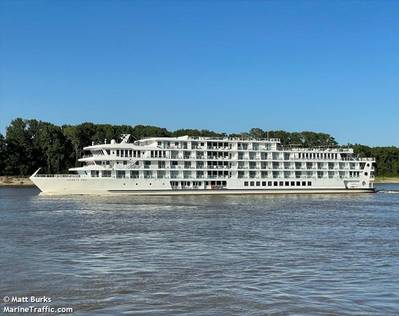 The U.S. Coast Guard responded Thursday to the aground cruise vessel American Jazz near Canton, Kentucky.

"American Jazz is aground near mile marker 62 on the Cumberland River outside the ship channel and is carrying 120 passengers and 54 crew members," the U.S. Coast Guard said.

"No damage, pollution, or injuries were reported. The Coast Guard is coordinating with American Cruise Lines to establish a salvage plan to dislodge the cruise vessel. The cause of the incident is under investigation," the U.S. Coast Guard said.